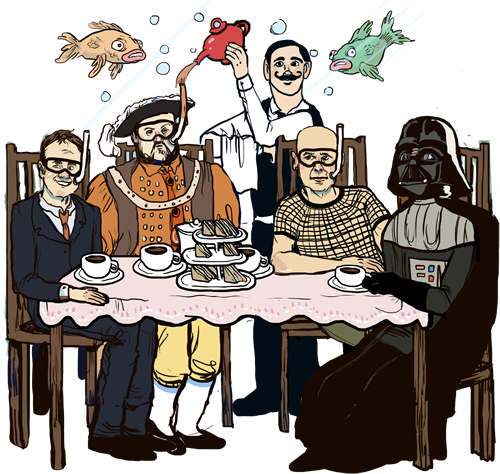 The organisation was formed in 1853 in the famous Westminster underwater Tea rooms, a stone’s throw from the houses of parliament. Originally known as the National Organisation for Bullshit Hypocrisy Exaggeration And Deception the name was changed at an extraordinary general meeting in 1903 when it was discovered that this was an acronym of nobhead. Notable members over the years have included Sir Harry Paget Flashman, Henry the Eighth, Darth Vader, Right said Fred (who clearly were not too sexy for their shirts) Jeffrey Archer, Nick Clegg, and every British Prime Minister since the club’s inception.

Between the periods of 1920 and 1922 the organisation was known as the Royal National Association of Liars when they received a royal charter from the monarch George the Fifth. Perhaps suspicions should have been aroused when the charter came on the back of a cornflakes packet and was sold to the organisation by David Lloyd George (who never did know my father) for five guineas and bottle of claret. When the king got to hear about this skulduggery he went completely mad inspiring the 1994 film written by Alan Bennett staring Nigel Hawthorne and Dame Helen Mirren.

During the Second World War those 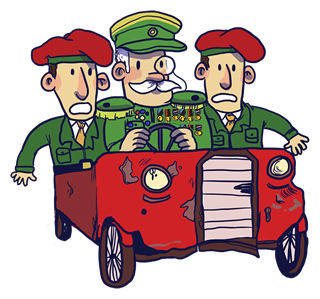 members that were not running the country or proving the old adage that ninety nine percent of lawyers give the rest a bad name were snapped up by the newly formed Ministry for Investigating Nazi Germany’s Embezzlements, more frequently known as MINGE. One such members was General Sir Wankington-Jackdaw who was also officer in charge of Medals. Wankington-Jackdaw owned an old Austin 7 which he used to crash on a regular basis. This car was known throughout the club as the old banger and no one wanted to travel in it. One of the rarest and most sort after military medals of this period is the Wankington-Jackdaw Austin 7 passenger medal, also known as the old banger gong.

It was with the advent of the internet that the club really came into its own. The possibilities afforded by such innovations as Twitter and Facebook allow members to tell whoppers to thousands of people all over the world. The future for the club (and for lying in general) is looking extremely rosy. It is hoped in the near future to form meetup groups where members can lie to each other in person. We are looking at the possibility of working with the University of Claygate to validate a bachelor’s degree in the subject of lying which it is hoped will become the de facto requirement for all CVs applying for jobs in sales and marketing.