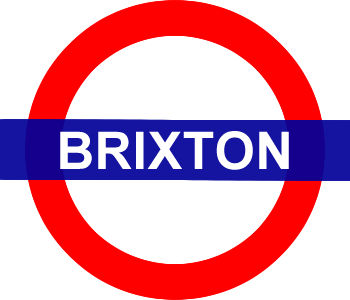 Have you ever dreamed about your ultimate holiday if money were absolutely no object? You could take the Orient Express to Istanbul. You could cruise up the inside passage (there’s nothing rude about that) to Anchorage Alaska or hire a Harley Davidson and take route 66 from New York all the way to California. You could go on safari in South Africa or watch whales in Antarctica. How about the Far East? Japan, a country of contrasts where you can play the latest hot off the press video game in a two thousand year old Shinto temple (although you would probably be kicked out if you tried). These are all great holidays but for sheer opulence and glorious scenery the one place that cannot be beaten is the Haile Selassie bed and breakfast, 26a Winnie Mandela Road, Brixton.

Set in the idyllic surrounding of South London this holiday has something for everyone. The B&B is less than a minute’s walk from the world famous Brixton Market, situated in Electric avenue, where Sir Walter Raleigh and Queen Elizabeth once famously played naked hopscotch whilst drunk. For those interested in winter sports, Brixton is less than sixty miles from the snowdome in Milton Keynes. If you don’t want to travel that far it is possible to hit the local poundland with a house brick (and many people have). One of Brixton’s the best kept secrets is its miles of unspoiled sandy beaches. This secret is so well kept that no one really knows where they are but I have it on good authority from a bloke in the put that they do exist.

The unsurpassed luxury of the bed and breakfast itself is hard to describe. Rather than breakfast being prepared by your run-of-the-mill Michelin three starred chef, the standard fare is replaced by a local delicacy called ganja. The rooms are absolutely spotless. ‘This is because all the sports had joined together to make a uniform brown’ jokes the proprietor who is known for being a bit of a wag.

No trip to Brixton would be complete without sampling the local night life. Some of the biggest bands in the world have played at the Brixton Academy as well as other world class acts like the Cirque du Soleil but it is the smaller parties in Brixton that give you a true flavor of the area. These parties are usually held in private residences but can also be found in the streets and sometimes even in police cells.

In summary, for a relaxing yet exciting holiday where the atmosphere is unique and weather is always variable there is only one real choice. the Haile Selassie bed and breakfast, 243 Bernay’s grove, Brixton.

Brought to you by the National Association of Liars travel advisory service.